Image: A wrapped 7 for the All Star Game 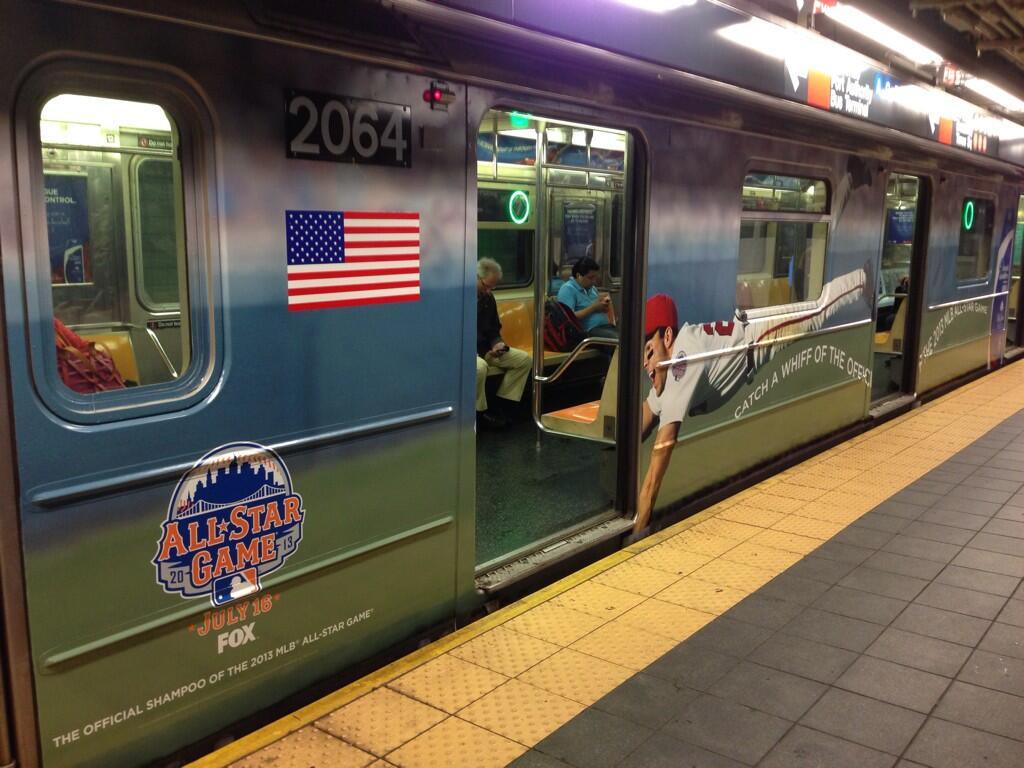 With Major League Baseball’s All Star Game returning to New York City this year, advertising focusing around it is starting to ramp up. This week, a fully-wrapped 7 train — the first of its kind on the IRT Flushing Line — made its debut. The current sponsor is Head & Shoulders, and the advertisements decorate both the inside and outside of the cars.

For many New Yorkers — those who haven’t seen the Shuttle become an advertising testing ground — the 7 train is a novelty. The MTA had secured a sponsor for a wrapped 6 train a few years ago, but this marks the first full-car opportunity for the 7. The MTA wouldn’t tell me how much money this car generates, but there will be another one sponsored by T-Mobile making an appearance beginning in July.

Over the years, the MTA has ramped up its advertising efforts, boosting revenues in excess of $120 million, but it still seems like an untapped market. Video boards have started showing ads above station entrances, but in-system advertising has remained static. The video screens on some of the new rolling stock are supposed to be able to show ads, but the only clips in rotation have been MTA PSAs. Metrocards now carry ads as well, but those rates are relatively modest. 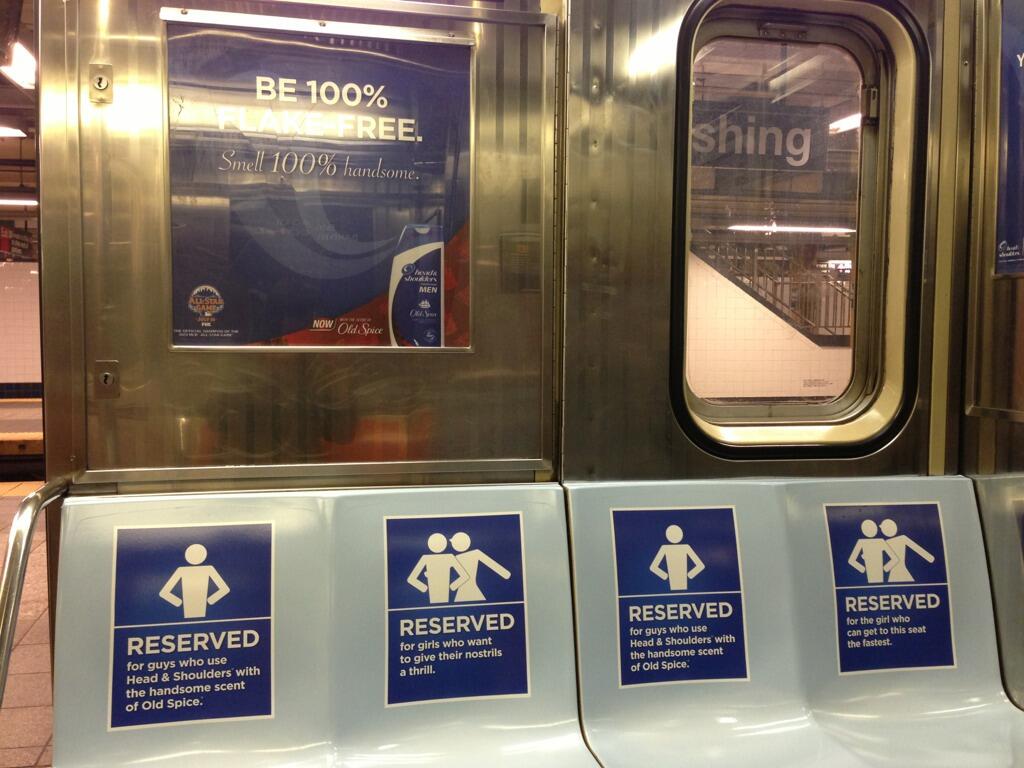 From Queens, ideas for an expanded subway system

If the idea behind the wraps is to put them on lines where they’re most likely to have high viewership at both ends of the route as well as in-between, wraps on the 7 make sense if the MTA wants to expand the ads past the shuttle, since it starts at the busiest station in the system and ends at one that is at or near the Top 10 in passenger boarding numbers. The 6 has very high volume in Manhattan, but less so over the final third or so of the route based on station-by-station ridership numbers (on the B division, I would think the E would probably be the best wrap option, once the area round the WTC fully opens, since you’d also have high volume stations at both ends of the line as well as in the middle so the ads would get the most views).

Actually why don’t the screens in the newer R160’s show ads? That’s the whole point of them. Is somebody in the MTA just being lazy?

Design-wise, the screens are a bit tiny and only about 3 are found per car compared to new rolling stock I’ve seen elsewhere. Even a simple multi-colored LED display like this: https://www.youtube.com/watch?v=X2NfSDfjEho on a refurbished train on the Hong Kong MTR is better at displaying functional and dynamic ads.

As for administratively, well someone should call out the MTA’s advertising and/or rolling stock divisions…

Anyone ichin to ride that wrapped 7 train?

I did ride the shuttle when there was a NY Giants/ NFL wrap throughout the train. Sat on top of Ely Manning.

It will be exciting to finally see some major league-caliber players at Citi Field this summer.

An ad on a subway car is probably not going to get me buy their stuff.
And an ad tied to baseball just about guarantees that I won’t.
Of course, being a mostly-bald guy, the specific ad is not targeting me anyway.
I wish we knew exactly how much the MTA is getting for these various ad campaigns.

The MTA generates over $120 million annually in ad revenue. That’s quite a reaction you’re having to something very commonplace these days.