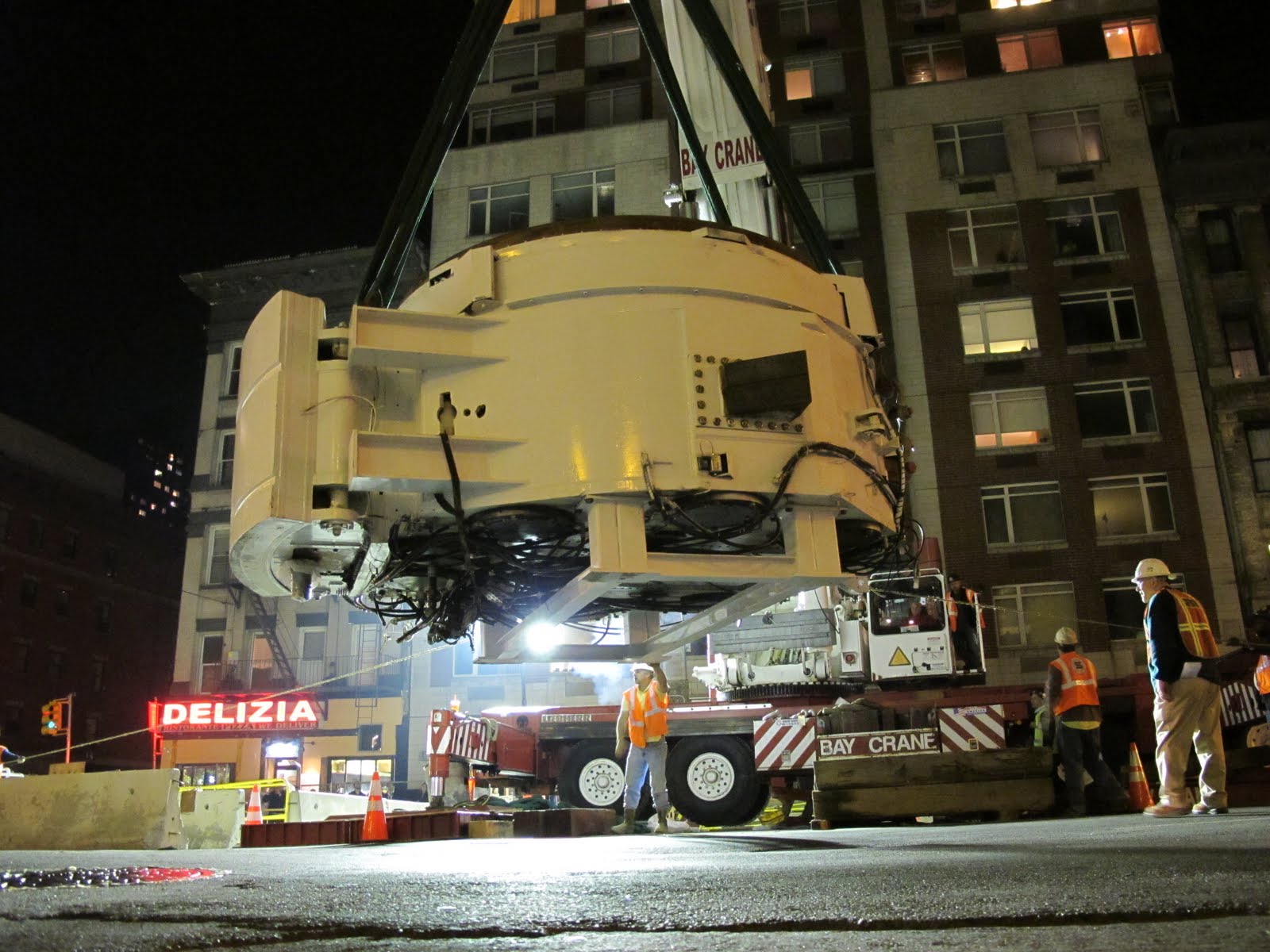 As the Second Ave. Subway tunnel boring machine is slowly being assembled in the project’s launch box, today’s photo — again courtesy of Ben Heckscher and The Launch Box — is of the Cutterhead Support. This piece will go in between the Main Beam and the Cutterhead. It arrived on site last night after crossing the George Washington Bridge at 8 p.m. and was lowered underground shortly before 11:30 p.m. According to my sources, the Cutterhead itself will be arriving tonight at around the same time, and although the weather isn’t the greatest, I’m sure the shutterbugs will be lining up for a chance to capture the moment on film.

For more from the delivery of the support piece, be sure to check out The Launch Box. I’ve embedded another great shot after the jump. 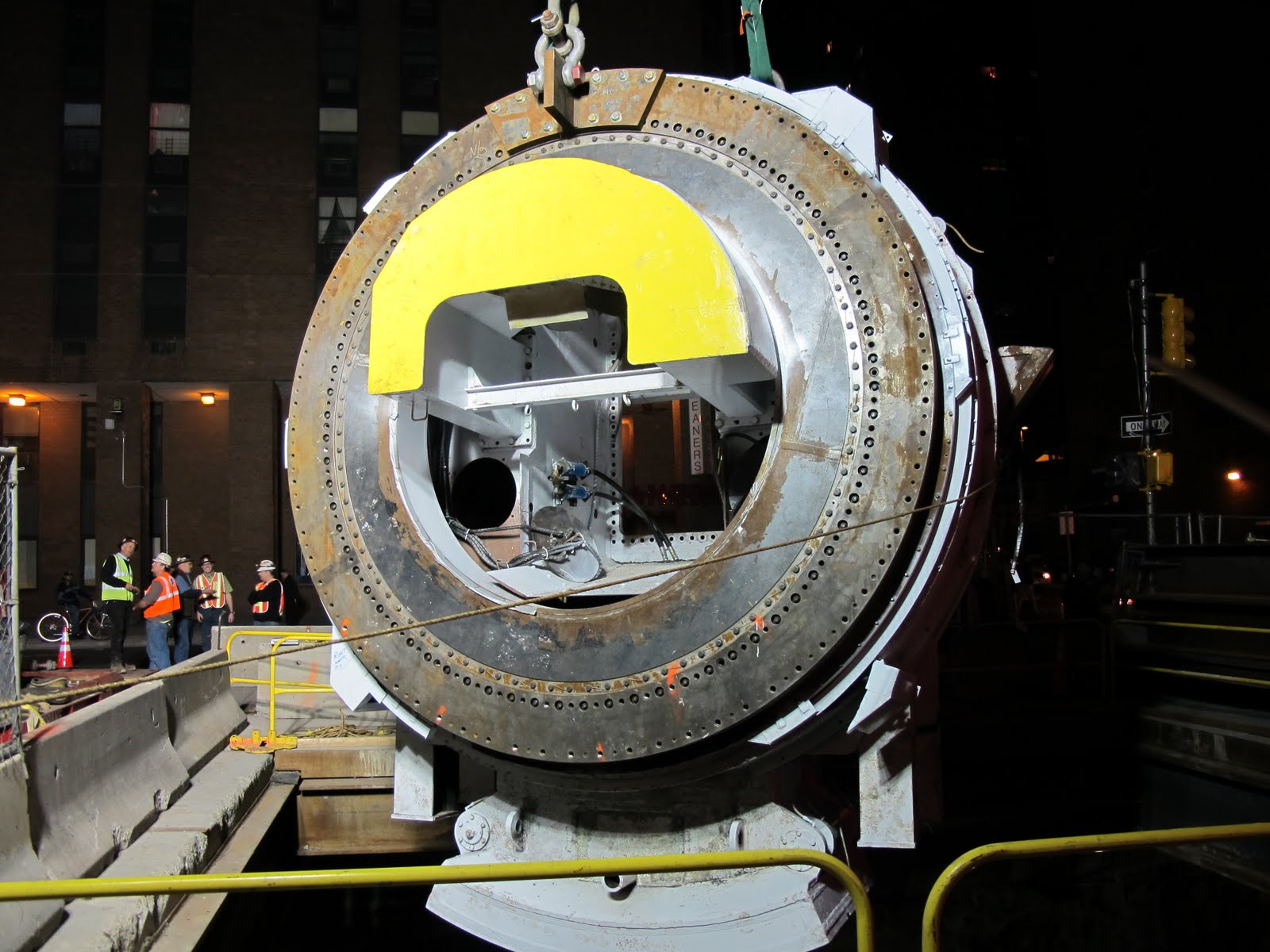 The MTA’s own green dividend